A burn caused by hot water can be one of the most painful things you may ever experience and it’s something that can be avoided if you engage the services of a licensed hot water repairer in Adelaide.

When we refer to scalding from hot water its often-young children or the elderly who are most susceptible.  It can be avoided if the correct 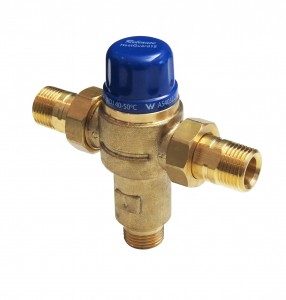 When a storage hot water service (gas, electric or solar) is installed it must be set up to heat the water to a temperature which will kill bacteria inside of the tank.  The temperature from this tank can then be controlled before entering the home or premises by using a tempering valve or a thermostatic mixing valve.  This device mixes the hot water with cold water and delivers a safer temperature to the taps inside of the property (typically around 50 degrees Celsius).

It became compulsory to have these valves installed to all homes built after 1997 in Adelaide.  Continuous flow or instantaneous water heaters today such as Bosch, Rinnai, Eternity, Dux, Vulcan, AquaMax and Rheem are factory pre-set to only deliver a specific temperature, whether that be 50, 55 or 60 degree’s Celsius so the need for tempering valves on these units is not required.

Although not compulsory to have tempering valve installed in older properties a lot of people are opting for it as it protects young children from drastic accidents that can be avoided.  When a tempering valve fails symptoms such as lack of flow from hot taps or no hot water at all are signs that your valve may need a service or replacing.  When you think, hot water call the specialists in the field on free call 1800 MYHOTWATER – 1800 694 689.